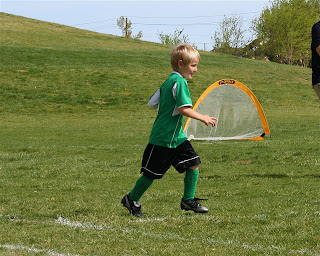 It's the end at least for this season. The boys each had their last soccer game of the season this past Saturday. They played 8 games last fall and 8 games this spring. Here are some photos from the last games. 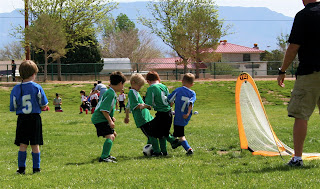 Both boys were on such great teams - encouraging, supportive coaches and great kids. They both have made real friendships with kids we want to stay in touch with. 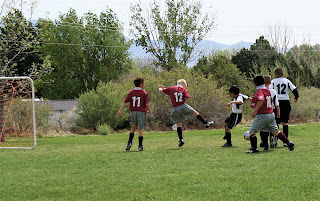 It was the first team sports experience for the boys. B was on some preschool teams when he was really young, but that wasn't the same. They really picked up the game quickly and gave the sport their full energy. Well, most of the time. ;) 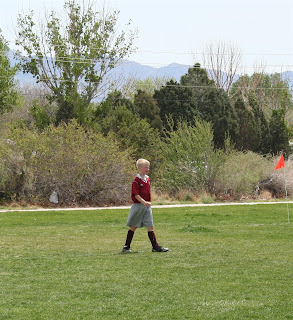 It's been so fun to watch them gain confidence and improve their skills. 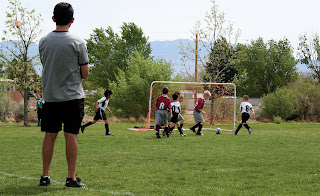 We're in the process of debating whether or not to sign up for soccer again next year. I think both boys are a bit apprehensive because they loved their teams so much. They aren't sure if they want to play with different kids next year. But, there is one firm decision about next year...the little sister who couldn't play this year is so excited about being on a soccer team next year! She did not like watching from the sidelines. She wanted to be in the game!

(If you click on the picture, you can see C up in a tree on the left side of the photo. You can tell he's really paying attention to his brother's game. LOL)
Posted by Cari at 6:29 PM